Hope Stout’s parents dreamed of making a movie in her memory. It became a nightmare. 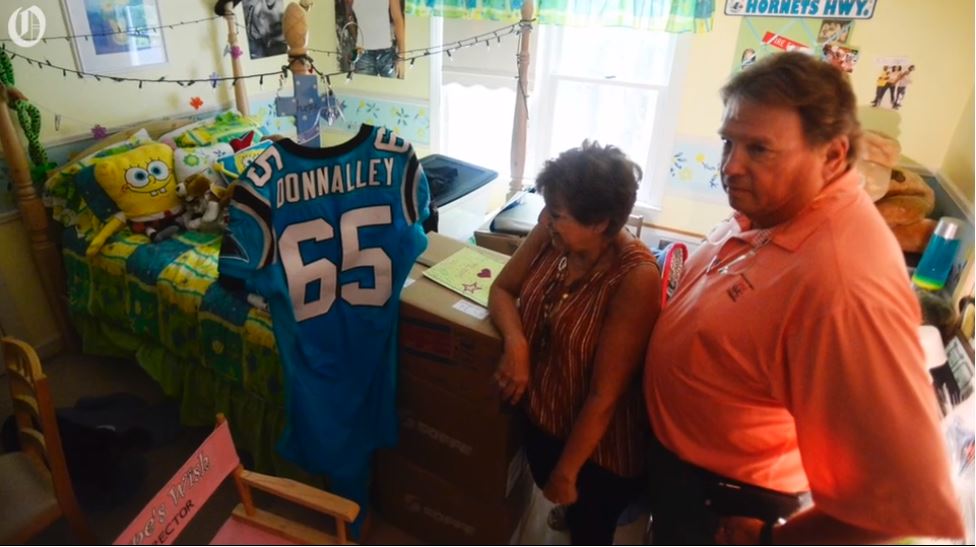 It had taken more than 14 years — longer than she’d lived on this earth — but Hope Stout was finally going to achieve her dream of becoming a movie star, in spirit.

The film would focus on how the spunky, red-haired middle-schooler inspired the Charlotte area by leading a charge to raise $1 million to grant wishes for other children also suffering from life-threatening illnesses. It was to be a full-scale Hollywood production: The screenplay had been penned by the Academy Award-winning writer of “Brokeback Mountain”; and on Feb. 26, 2018, it was announced that Queen Latifah would star as the Make-A-Wish Foundation higher-up who helped power the fund-raising drive, with Warner Bros. set to distribute the film, called “Hope’s Wish.”
Her parents — Stuart and Shelby Stout of Weddington, who viewed it as their purpose to get this movie made about their daughter, for their daughter — were perhaps as happy as they had been since Hope lost her battle with a rare form of bone cancer in January 2004.

Read the full story and watch the video at the CharlotteObserver.com

By Katy Solt  –  Spectrum News
MONROE, N.C. — A 12-year-old girl from Monroe made headlines after she was diagnosed with cancer in 2003.

Hope Stout’s parents wrote a book about her and was approached to make a movie
The Stouts say without warning, the movie was shut down
Alcon Entertainment released a statement saying they are “disappointed by the circumstances”

While we are disappointed by the circumstances that led to ‘Hope Wish’s’ shuttering, and sympathize with the family’s frustration, Alcon Entertainment was at no time involved with the development or financing of this project. Our involvement started and ended with our intended acquisition for distribution via our output deal with Warner Bros.

Spectrum News also reached out to Warner Bros. for a statement, but we have not heard back at this time.

Read and view the whole story on Spectrum News